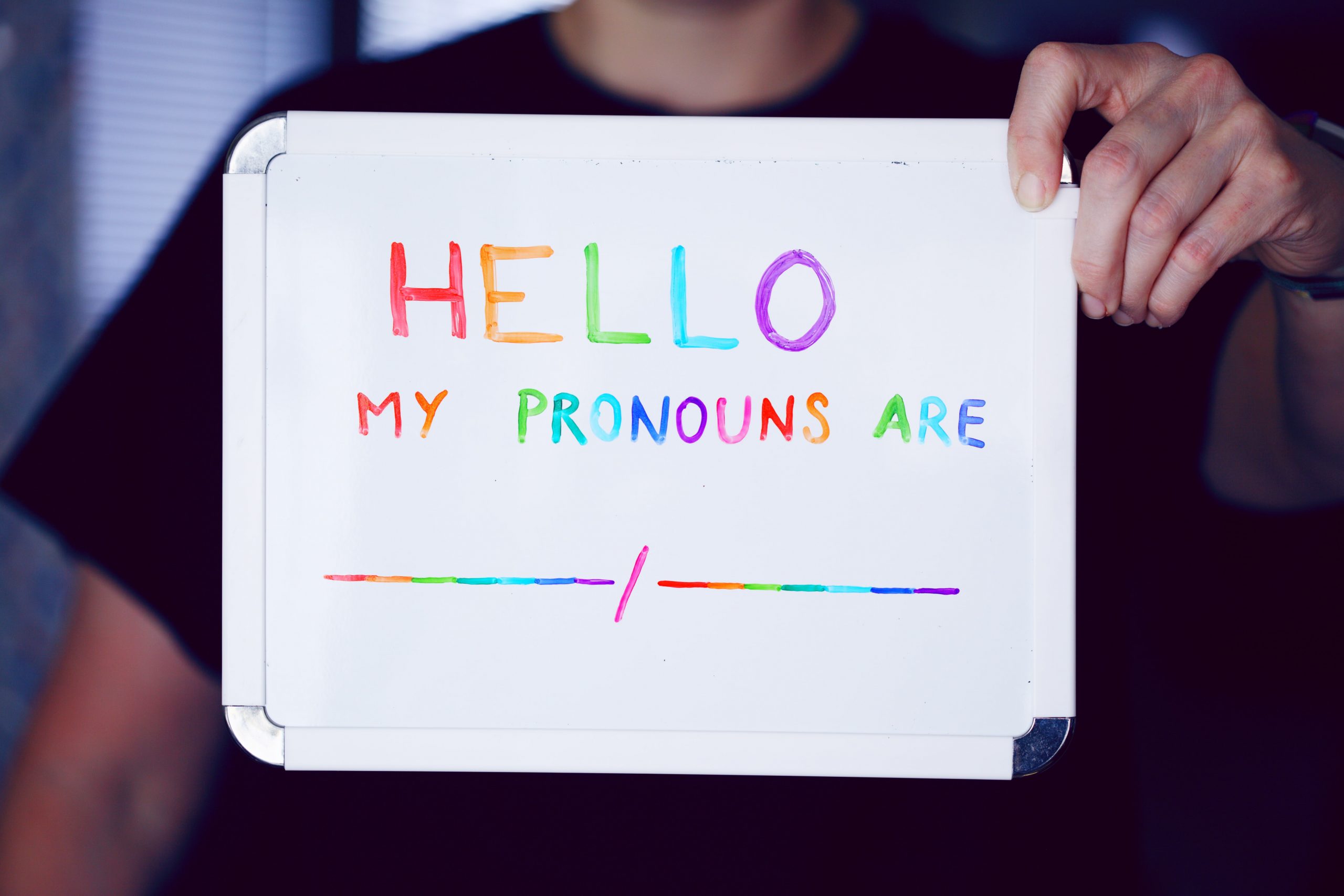 In recent years, health research has begun paying closer attention to the varied roles of sex and gender in shaping health conditions and determining quality of life. Historically, sex and gender were overlooked as important factors in understanding disease and health conditions as well as their treatment. Through the late 20thcentury, as medical fields became less exclusive to men, research involving sex and gender began revealing critical gaps. For example, the mortality gap between men and women with heart disease became apparent. This was partly attributed to a body of clinical research biased towards men and assumptions that symptomology, diagnostic criteria, medical effectiveness, and pharmaceutical doses were universally applicable. Moreover, the conceptualization of sex and gender have also often been historically conflated, or used interchangeably in health research.

Through black feminist movements, gender studies, and other fields,  we have now more developed and refined tools for understanding sex, gender, and the myriad of ways they relate to our daily lives. Based on such work, the Canadian Institutes of Health Research, which helps guide much of rehabilitation research at UBC, has established mandates for integrating sex and gender into research design and practice.

This blog is meant to serve as a primer for understanding the sex and gender distinction and their intersection with health research in context of rehabilitation sciences.

Felt gender is the internal sense of alignment with being a man, a woman, or a different gender such as agender, non-binary, or Two-Spirit. It is the inner experience of gender identity and cannot be assumed to align with a person’s appearance. Asking for people’s personal pronouns helps to avoid misgendering them. If you cannot ask the person directly and do not know their pronouns, it is often most appropriate to use neutral language (e.g., they or them) until you know the person’s pronouns. You can help normalize pronoun sharing by putting your own pronouns in your email signature, on your Zoom name, or letting someone know your pronouns when meeting them for the first time. This shows that you are aware of gender identity and invites them to share their pronouns if they are comfortable to do so.

Expressed gender is the combination of physical, emotional, and behavioral traits that are interpreted by others as being masculine, feminine, or both (e.g., androgynous) These characteristics include clothing choices, hairstyles, communication style, mannerisms, body language and the roles one takes on. Gender expression does not always align with felt gender, for instance someone may present as feminine but internally feel more masculine. Gender exists along a spectrum and there are endless ways to be masculine, feminine, both or neither.

It is important to recognize there are more than two genders and to not assume that clients, participants, family, friends, or others identify within the binary of man and woman. In research, it is important to consider collecting information beyond the gender binary to ensure interpretation of data is reflective of the genders included in the study. Offering options such as: man, woman, non-binary, an open-ended ‘other’ category, and a ‘prefer not to answer’ option is an inclusive approach. There are differing opinions on whether to add transwoman or transman as separate gender options, because it may imply that transwomen are not women and transmen are not men, which is not the case. People are the gender they say they are, whether they are cisgender or transgender. For some gender diverse and transgender people, their gender aligns with man or woman and being asked to select transgender may feel intrusive. In an effort to decolonize research methodologies and particularly how demographic information is collected, adding a gender option for Two-Spirit people is encouraged. This provides Indigenous peoples an opportunity to disclose their gender in way often overlooked by Western understandings of gender.

Where gender often gets conflated with sex is in how physical traits are socially interpreted as masculine or feminine and are assumed to be representative of sex. This occurs when the physical traits are considered to supersede all other attributes of gender as the sole determinant of both gender and sex, overlooking possible variances. For example, someone with long hair and who performs gender in ways that are considered typically feminine behaviors (e.g., mannerisms, communication, ways of wearing clothing) will be assumed to be a woman and that this is representative of their sex as a female. Further, for those whose sex and gender align in ways that are consistent with what is taken to be the norm, sex and gender are often used interchangeably as identifiers. The issue lies in how sex and gender are assumed to be aligned and fixed for all people, which is not the case. Physical appearance is simply not a sufficient means to be able to identify sex or gender, and failing to differentiate the two may lead to research that is not accurate or reflective of what data was collected.

Sex is the combination of physiology, biology, primary characteristics, and anatomy assigned at birth such as internal and external genitalia, hormones, chromosomes, and subsequent development of secondary sex characteristics. These are not static or fixed traits and change across the lifespan (e.g., puberty, aging processes, medications, pregnancy, disease). Sex exists along a continuum and much like gender, is not binary despite historical ways of approaching and describing sex. The most common descriptions for sex are male, female, and intersex, and it has recently become more well-known that being intersex is as common as having green eyes or red hair, at ~1.7% of the population. Some people do not know they are intersex, while others do.

Intersex is an umbrella term that is used to describe anyone whose genotype and phenotype, i.e. chromosomes, hormones, and reproductive and sexual anatomy, do not align with one of the binary sexes (male or female). Being born intersex is a natural human variation, however there are often steps taken to adjust the physical and/or physiological components to more closely align with male or female. Performing medical procedures and administering hormone treatments for those born visibly intersex is highly controversial and will not be elaborated here. The important takeaway regarding intersex is that it naturally occurs in humans and expanding beyond binary sex options and analyses is relevant when making claims about sex differences.

It is crucial to use the correct language when asking people to disclose their sex by offering male, female or other options, rather than man, woman or other genders. This is a common mistake seen in academic writing, textbooks, and journal articles, where terms describing gender are incorrectly applied to the context of sex.

As a whole, research has been a place where women and transgender people have been stigmatized, oppressed, treated unfairly or excluded from the process altogether, particularly women of color. There are many reasons for this range from the patriarchal past and present of science and research being a space dominated by men, to designing studies that inherently exclude populations to achieve more controlled experimental conditions. Conflating or confusing sex with gender “leads to confusion about the contributions of sex and gender to health, incomplete analysis and reporting in health research, and potential missed opportunities for developing appropriate medical interventions and policy responses” (Johnson et al., 2009). Correctly defining and operationalizing gender and sex in research is crucial to the correct integration throughout the study, interpreting the findings and stating the implications.

The above sections describe how and why we ought to account for sex and gender within typical research questions in rehabilitation sciences. However, sex and gender may also be a topic of interest in of themselves within rehabilitation contexts. From the lens of the International Classification of Functioning, Disability and Health, sex may be considered under Body Function & Structure while gender may be considered under Personal Factors. As such rehabilitation researchers may be interested in answering questions about the ways in which these factors influence activity limitations, participation restrictions, as well as recovery, maintenance, and prevention of health conditions.

Examples of research centering on sex and gender in rehabilitation:

Using gender inclusive language with patients, participants and beyond – http://www.phsa.ca/transcarebc/Documents/HealthProf/Gender_Inclusive_Language_General.pdf

TED Radio Hour: The Biology of Sex – Good for a deeper dive into the complexity of sex

Hi-phi Nation: For Women Only – Great pair of episodes that can help to better understand the nuances of the relationship between sex and gender within social change and feminist movements by looking at one of conflicts related to transwomen and women spaces.

Check out our recent posts!

Want to contribute to the blog?

Are you a UBC Rehabilitation Sciences graduate student? Are you interested in developing your writing skills? Do you have a story you’d like to share? We are always looking for student writers! Send us a message below!

Don’t forget to follow RSEC on social media for the latest updates!